Crime of the Week

CrimeStoppers and the Honolulu Police Department are seeking the public’s assistance in locating Sherwin Diaz who is wanted for two warrants totaling $100,000 for failure to appear for DAG/Sentencing on January 8, 2016.

On August 15, 2004, the complainant left her residence on Ohialoke Street at approximately 8 a.m., and returned several hours later to find that her home had been broken into. Police dusted the residence for fingerprints and through investigation found that the prints belonged to Diaz.  He was later located and placed under arrest for Burglary in the First Degree.

On August 29, 2004, at approximately 8:30 a.m., the complainant returned to his residence on Kaluanui Road and parked his vehicle in his garage.  At approximately 10:30 a.m., the complainant discovered his vehicle missing and called the police.  Through investigation Diaz was locate d and arrested for Burglary in the First Degree, and Unauthorized Control of a Propelled Vehicle. 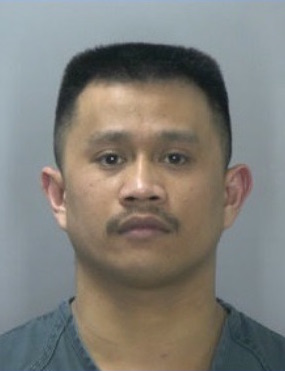 CrimeStoppers and the Honolulu Police Department are seeking the public’s assistance in locating the driver of a dark blue Ford F-150 pickup truck with black tinted windows for Failure to Render Aid.

On October 14, 2015, at approximately 3:06 p.m., a 36-year-old male was crossing when the Ford F-150 made a left turn from onto and struck the victim while in the crosswalk. The driver fled without stopping or slowing down. The truck may have damages to the front passenger side.

CrimeStoppers and the Honolulu Police Department are seeking the public’s assistance in locating Roy Cruz-Keawe is wanted for a $20,000 cash only Probation Revocation warrant for failure to comply with the terms and conditions of HOPE probation.

On July 11, 2013, at approximately 1:35 p.m., officers stopped a vehicle on for traffic violations and identified the drivers a Cruz-Keawe.  A computer check shoed the Cruz-Keawe did not have a valid driver’s license and three outstanding warrants. He was placed under arrest and searched prior to being seated in the back seat of the police vehicle.  In his pockets were a set of keys with a capsule attached to the ring.  The transporting officer observed Cruz-Keawe fidgeting in the back seat and stopped the vehicle. The officer searched the back seat and found that seat cover had been ripped and the cylindrical object from the key ring was now stuffed under the cover. The officer removed the object and found illegal drugs. Cruz-Keawe was then placed under arrest for Promoting a Dangerous Drug in the Third Degree.

CrimeStoppers and the Honolulu Police Department are seeking the public’s assistance in locating Joanes Peter who is wanted for a$20,000 cash only Probation Revocation warrant for failure to comply with the terms and conditions of HOPE probation.

On January 30, 2012, at approximately 3:34 a.m., an officer was sent to the area of on a report of a vehicle alarm continuously going off.  Upon arrival the officer located the vehicle a Honda and observed a male exit the passenger side door.  The male fled on bicycle with the officer in pursuit but lost sight of him. The officer contacted the owner who related that items were missing from her vehicle.

On February 1, 2012, at approximately 10:45 p.m., the same officer was in the area of when he observed a male kneeling next to a parked vehicle. As he approached he recognized the male from the previous incident.  The male was stopped, identified as Peter and placed under arrest for Unauthorized Entry into a Motor Vehicle.  Peter has five prior convictions and is known to frequent the area.

CrimeStoppers and the Honolulu Police Department are seeking the public`s assistance in locating Gregory Kwik who is wanted for two $50,000 Contempt warrants for failure to appear for trial on April 9, 2014.

From October 30, 2012, through November 1, 2012, Kwik deposited checks from Central Pacific Bank to Hawaii National Bank checking account. The check from CPB came back to Hawaii National Bank as insufficient funds and resubmitted. The check was returned the second time as account closed. Kwik returned to the bank and deposited a check from Wells Fargo Bank and made cash withdrawals. The check was later found to be a counterfeit and Kwik was contacted to pay back the money. After several attempts to contact Kwik police were called and a theft case was initiated. The case was turned over to the Office of the Prosecuting Attorney who accepted the case and charged Kwik with Theft in the Second Degree, and Forgery in the Second Degree.

On November 1, 2012, at approximately 4:00 p.m., a male entered Money Mart located on Atkinson Drive and attempted to cash a check from the Kahala Hotel. The cashier called the hotel to verify the check and found that the check was a counterfeit. Police were notified and identified the male as Kwik. He was arrested for Forgery in the Second Degree, and Attempted Theft in the Second Degree. 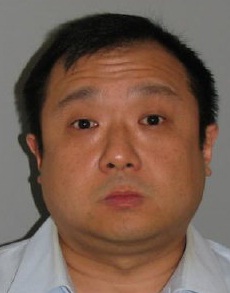 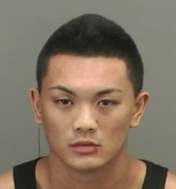 CrimeStoppers and the Honolulu Police Department are seeking the public’s assistance in locating troy Malin who is wanted for two $50,000 cash only Contempt warrants for failure to appear for status review hearing in August 27, 2012.

On October 20, 2009, Malin entered Kobe Steak House on and had a meal valued over one hundred dollars. Upon being presented with the check, he informed the waitress that he had no money to pay his bill. Police were

Called and Malin was placed under arrest for Habitual Property Crime.

On April 12, 2011, Malin ate dinner at Ruby Tuesday located in Windward Mall and upon receiving his bill, related that he was unable to pay. Police were called and Malin was placed under arrest for Habitual Property Crime.

Malin has 12 prior convictions for the same offense. 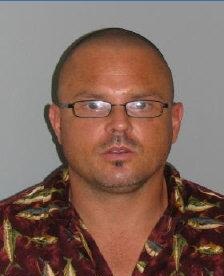